The main difference between the two SFP copper modules is the interface type.

As can be seen from the figure above, the external ends of the two copper SFP modules are both standard RJ45 interfaces, while the device end (conductive metal) is distinguished by SerDes and SGMII, which leads to different application situations of the modules.

SGMII (Serial Gigabit Media Independent Interface) is the interface between Ethernet MAC and PHY. It can encode and decode the data as 8B / 10B. And the working clock is 125MHz, so the rate-adaptive function of 10/100/1000Mbps can be completed. 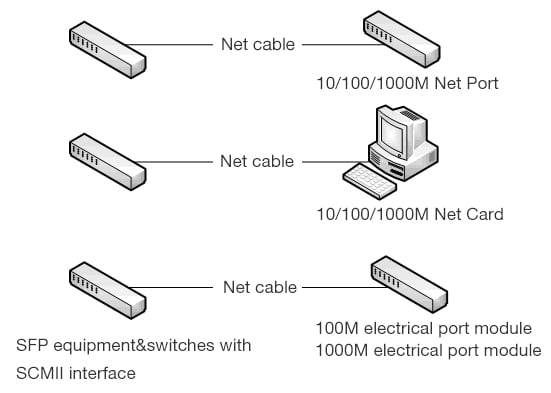 SerDes (SERializer & DESerializer) has a simple working principle: the multi-channel low-speed parallel signal at the transmitting end is converted into a high-speed serial signal, and then through the transmission medium (optical cable or copper wire), at the receiving end, the high-speed serial signal is converted into low-speed parallel signal again. In the process of signal transmission, there is only serial-parallel conversion, no coding and decoding process, namely transparent transfer or direct transfer.

Because the RJ45-SerDes interface is transparent transmission, the rate of both sides of RJ45 and SerDes must be the same, i.e., the SFP-GE-TS requires both ends to be Gigabit. This 1000M-only module plugs into devices with 1000M SFP ports (e.g. switches, transceivers) and connects to 1000M Network cards, 1000M Ethernet ports and other 1000M electrical port modules via network cables. 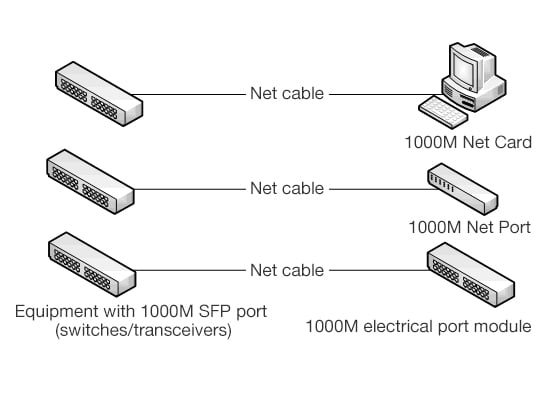 As shown in the diagram below, because the SFP ports of unmanaged switches and gigabit transceivers are SerDes interfaces, SFP-GE-TS need to be used in pairs on such devices. 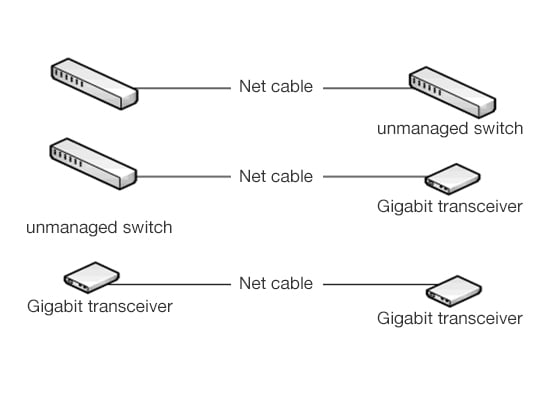 The results are shown in the table below:

< PreviousWhat are the internal components of an optical module?
Next >Passive Optical Network(PON): Optical Attenuation and Distance Estimates
Scroll to Top