1. What are the form-factors of 400G optical transceivers?

The 400G OSFP module is applied for a new interface standard, which is incompatible with the existing photoelectric interface. With dimensions of 100.4 * 22.58 * 13^3 mm, it is slightly larger than the QSFP-DD and requires a larger PCB area. The OSFP transceiver is a new pluggable form factor with eight high speed electrical lanes that supports 400 Gbps (8x50G). The OSFP has an integrated heat-sink that greatly improves thermal performance and enables modules with up to 15W power in a switch chassis with conventional airflow.

The 400G QSFP-DD optical transceiver is an extension of the QSFP interface, doubling  the original 4-channel interface to 8-channel, that is, the so-called double density. The module is compatible with the existing QSFP28 optical module and QSFP28 AOC/DAC, which is one of its main advantages. The electrical interface of QSFP-DD adopts 8 channels, and the rate of each channel is up to 25Gb/s (NRZ modulation) or 50Gb/s (PAM4 modulation), providing solutions up to 200G or 400G. The bandwidth of QSFP-DD can be up to ten times that of QSFP+ or four times that of QSFP28. The form factors of 400G QSFP-DD optical module mainly include 400G DR4, 400G FR4, 400G LR4 and 400G SR8. Among them, the 400G SR8 transceiver meets the IEEE 802.3cm standard and the requirements of 70m OM3 and 100m OM4/OM5 transmission links, uses 16 core multimode MPO connectors, with 8 transmitters and 8 receivers, and carries 50Gbps signal when each channel is modulated by PAM4. Meanwhile, 400G SR8 has price advantage by using VCSEL laser.

Compared to 400G OSFP, 400G QSFP-DD is half the size, and it currently only supports up to 400Gb/s, but OSFP can support up to 800Gb/s. QSFP-DD is mainly for the current 400G networks that will be deployed on a large scale, while OSFP is more likely to be for future 800G networks. So, combined with the current status, QSFP-DD is more suitable for 400G network.

The CFP8 is an extension of the CFP4, which increases the number of channels to 8 and the size to 40 * 102 * 9.5^3 mm accordingly. the solution is more costly and requires the use of sixteen pieces of 25G lasers. the CFP8 is more than 3 times the size of the QSFP-DD. Since the CFP series of optical modules is mainly used for carrier-grade applications where port density requirements are not as high as in data centers, the CFP8 supports only 400Gb/s (16x25G or 8x50G). While QSFP-DD supports both 200Gb/s (8x25G) and 400Gb/s (8x50G), which is more suitable for short-distance cabling in the data centers. 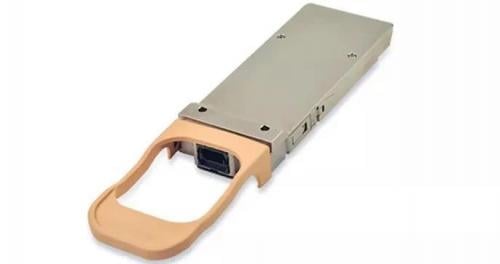 The 400G CWDM8 module is an extension of the CWDM4 standard with a rate of 50G per wavelength. It has four central wavelengths, namely 1351/1371/1391/1411nm. Its wavelength range becomes wider, the requirements for MUX / DeMux are higher, the number of lasers is doubled, and the maximum input power is 8.5dBm. 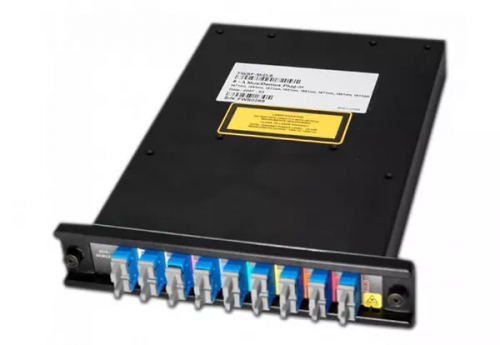 The 400G CDFP standard was born earlier and so far the third version of the specification has been released. It is the first 16x25G= 400G larger size module. It uses 16 channels with a single channel rate of 25G. Due to the large number of channels, the size is also relatively large. 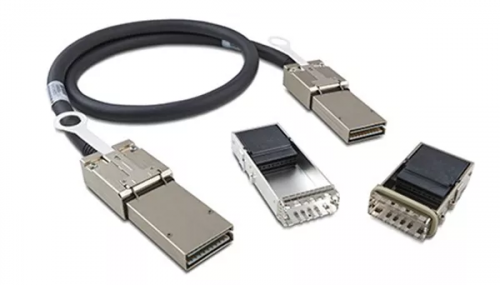 COBO means that all the optical components are placed on the PCB. The main advantages of this module are good heat dissipation and small size. However, since hot-swapping is not supported, it will be difficult to repair once a part fails. 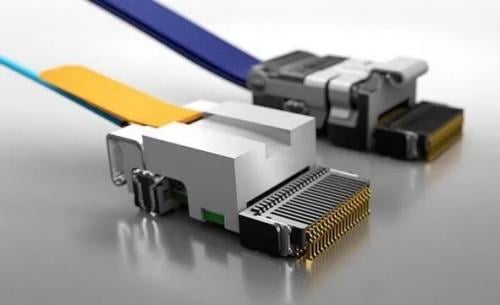 Among the above 400G optical transceiver packaging forms, QSFP-DD and OSFP are the more mainstream ones.