Classification of Servers and Network Adapters

According to different classification criteria, servers are classified into many kinds, mainly by network size, architecture (chip), usage, and appearance.

According to network size, servers are divided into Workgroup Servers, Department Servers, and Enterprise Servers.

It is used for small networks with a few dozens of computers or with low requirements for processing speed and system reliability, with relatively low hardware configuration.

It is used for medium-sized networks with about a hundred computers and medium processing speed and system reliability, and its hardware configuration is relatively high.

It is used for large networks with more than hundreds of networked computers and the highest requirements for processing speed and data security, with the highest hardware configuration and the highest system reliability.

It should be noted that the boundaries between these three types of servers are not absolute, but rather blurred. For example, the difference between workgroup servers and department-level servers is not too obvious, and some are simply referred to as “workgroup/department” servers.

According to the usage, servers can be divided into General Purpose Servers and Special Purpose (or “Functional”) Servers.

General Purpose Servers are not designed for a particular service and can provide various service functions, and most servers are general-purpose servers.

Special Purpose (or “Functional”) Servers are specifically designed for one or more functions and differ from a General Purpose server in some respects. For example, a CD-ROM mirror server is used to store CD mirrors, so it needs to be equipped with a large-capacity, high-speed hard disk, and CD-ROM mirroring software.

According to the appearance of the server, it can be divided into Tower Servers and Rack Servers, and Blade Servers.

Tower Servers are either chassis of roughly the same size as a vertical PC desktop, or large-capacity chassis, like a large cabinet, mainly divided into single-tower and dual-tower, as shown in the figure below.

Some tower servers use a chassis roughly the same size as a vertical PC desktop, and some use a large-capacity chassis, like a huge cabinet, mainly divided into single-tower and dual-tower, as shown in the figure below. 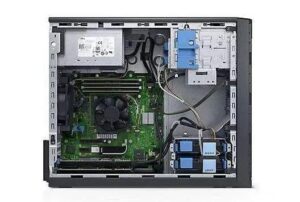 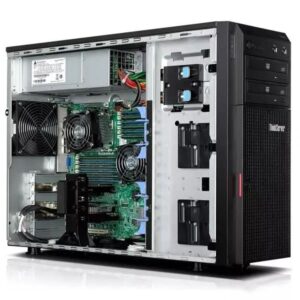 Rack servers do not look like computers but like switches, and are available in 1U (1U=1.75 inches), 2U, 4U, and other specifications, as shown in the figure below.

The rack server is formed with a 19-inch rack as the standard width because it meets the dense deployment of enterprises.

Placing servers in racks is not only good for daily maintenance and management but also may avoid unexpected faults. First, placing servers does not take up too much space. Rack servers are neatly disposed of in racks without wasting space. Secondly, cables and other connections can also be neatly put away in the rack. Power cables and LAN cables can all be laid out in the rack, so it can reduce the situation of connections piled up on the floor, thus preventing accidents such as kicking off wires. The specified dimensions are the width of the server (48.26 cm = 19 inches) and the height (a multiple of 4.445 cm). Since the width is 19 inches, so sometimes the rack that meets this requirement is also called “19-inch Rack”. 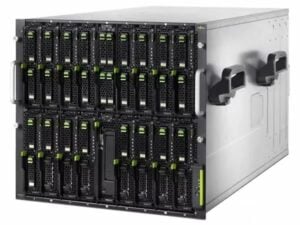 Blade servers are a low-cost server platform called HAHD (High Availability High Density), designed for specific applications and High-Density computing environments. Structurally, it is more compact than the rack server because it is very thin like a blade and can be inserted into the entire server system cabinet as desired, hence the name “blade server”. 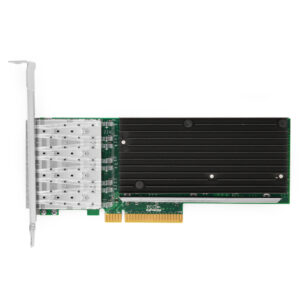 The network adapter works at the physical layer and data link layer in the TCP/IP model for receiving and sending computer data.

All computers in the network must have a unique MAC address, which is provided by the NIC, while the main functions of the NIC include:

6. The Evolution of Network Adapter

Now let’s take a look at the evolution of NICs over the years. 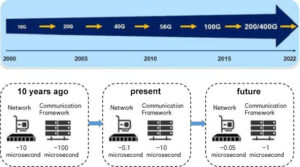 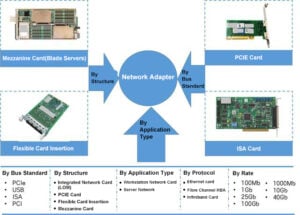 Compared to server-specific NICs, ordinary NICs refer to NICs used in ordinary PCs, workstations, and consumer electronics that do not have high requirements for reliability and security, while servers differ from ordinary PC workstations in that servers are always in operation and require a long and stable operation, which requires server NICs to have the following characteristics:

The server is always in the process of data calculation and exchange, the data of 10Mbps and 100Mbps of the common network is no longer enough to meet the large data traffic network, the current server commonly used network card rates of 10Gbps, 25Gbps, etc.

The CPU of a server is constantly working and processing a large amount of data. If a server’s CPU spends most of its time providing data response for the NIC, it will inevitably affect the processing speed for other tasks. Server NICs have their control chips that can handle some CPU tasks, thus reducing the CPU’s computing overhead.

If the server’s NIC fails, the server will not be able to receive and send data, which is equivalent to downtime. Therefore, high reliability is a necessary feature for server NICs. Basically, server NICs have fault tolerance, such as Intel’s AFT(Adapter Fault Tolerance), ALB(Adaptive Load Balancing), and other technologies.

The following is an introduction to some network adapters.

Specifically refers to FC NICs, which support FC protocols and connect to storage or fiber switches.

There are two main physical interfaces of network adapter: electrical and optical ports.

According to the interface package formwork, it can be divided into SFP+, SFP28, QSFP+, and QSFP28. 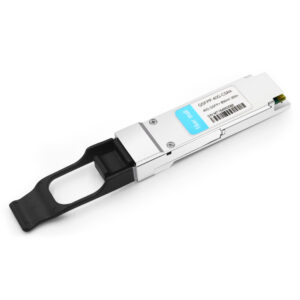 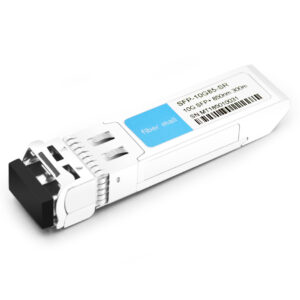 What are the manufacturers of Network Chip?

Broadcom: After the acquisition of Emulex and BRCM, Avago established a new parent company, named after Broadcom, with end-to-end integration of NIC, focusing on cloud scenario, SOC.

< PreviousIs it Possible for Optical Transmission Beyond C and L Band?
Next >How to Use DSP in Coherent Optical Communication？
Scroll to Top