What are the Differences between the Core Switch and Normal Switch?

A core switch is not a type of switch, but a switch placed at the core layer (the backbone of the network).

Generally, large-scale enterprise networks and Internet cafes need to purchase core switches to achieve strong network expansion capabilities to protect the original investment. When the number of computers reaches 50, these places may use core switches. A router is enough when the computers are less than 50. The so-called core switch is for the network architecture. If it is a small local area network with several computers, a small switch with 8 ports can be called a core switch.

Differences between the core switch and ordinary switch

The number of standard switch ports is generally 24-48, and most network ports are Gigabit Ethernet or Fast Ethernet ports. The primary function is to access user data or aggregate some switch data at the access layer. This kind of switch can configure Vlan simple routing protocol and some simple SNMP functions, with relatively small backplane bandwidth.

The main part of the network is called the core layer. The main purpose of the core layer is to provide an optimized and reliable backbone transmission structure through high-speed forwarding of communication. Therefore, the core layer switch application has higher reliability, performance, and throughput. 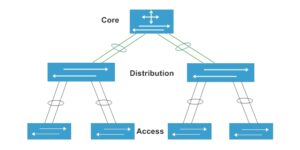 Different layers of the network

The data center switch has changed the outgoing port caching method of the traditional switch. It adopts a distributed cache architecture, and the cache is much larger than that of the ordinary switch. The cache capacity can reach more than 1G, while the general switch can only reach 2-4m. For each port, the burst traffic cache capacity can reach 200ms under the condition of 10 Gigabit full line speed, so that in the case of burst traffic, the large cache can still ensure zero packet loss in network forwarding, which is just suitable for a large number of servers in the data center and the burst traffic.

The network traffic in the data center has the characteristics of high-density application scheduling and surge burst buffering. However, ordinary switches can not achieve accurate identification and control of services with the purpose of interconnection. Neither can they achieve rapid response and zero packet loss, so business continuity cannot be guaranteed. The reliability of the system mainly depends on the reliability of the equipment.

Using virtualization technology, multiple network devices can be managed in a unified manner. Services on a single device can be completely isolated, which can reduce management costs of the data center by 40% and increase IT utilization by approximately 25%. 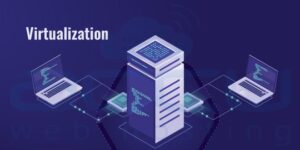 In terms of building a Layer two network in the data center, the original standard is the FTP protocol. But it has the following defects:

– STP works through port blocking, and all redundant links do not forward data, resulting in a waste of broadband resources.

– The network has only one spanning tree, and data packets must pass through the root bridge, which affects the forwarding efficiency of the entire network.

Therefore, STP will no longer be suitable for the expansion of super-large data centers. TRILL comes into being to make up for these defects of STP. The TRILL protocol effectively combines Layer 2 configuration and flexibility with Layer 3 convergence and scale. The entire network can be forwarded without loops without the need for configuration at the second layer. TRILL technology is a basic Layer 2 feature of data center switches, which is not available in ordinary switches.

Traditional data centers often have a data network and a storage network. The emergence of FCOE technology makes network convergence possible. FCoE is a technology that encapsulates data frames of a storage network in Ethernet frames for forwarding. The realization of this fusion technology must take place on the switches of the data center, and ordinary switches generally do not have these functions.

Functions such as link aggregation, redundancy, stacking, and hot backup are also very important, which determine the performance, efficiency, and stability of core switches in practical applications.

Link aggregation is the combination of two or more data channels into a single channel that appears as a higher-bandwidth logical link. Link aggregation is generally used to connect one or more devices with high bandwidth requirements, such as servers or server farms connected to a backbone network. It can be used to extend link bandwidth and provide higher connection reliability.

For example, the company has two floors, which run different businesses. The networks on the two floors were separate originally, but it is inevitable that the same company would have interaction. At this time, we can open up the network between the two floors, so that the departments with a mutual connection can communicate with each other at a high speed. As shown below:

An Eth-Trunk interface to connect switch A and switch B

The user expects that a larger link bandwidth can be provided between SwitchA and SwitchB so that the same VLANs can communicate with each other. Meanwhile, users also hope to provide a certain degree of redundancy to ensure the reliability of data transmission and links.

Create an Eth-Trunk interface and add member interfaces to increase the link bandwidth. Two switches are configured with Eth-Trunk1, and then the ports of the three lines that need to communicate are added to Eth-Trunk1, and the port trunk is set to allow the corresponding VLAN to pass through. In this way, the network on the two floors can communicate normally.

Connected via proprietary stacking cables, multiple switches can be stacked into a single logical switch. All switches in this logical switch share the same configuration and routing information. The performance of a logical switch will not be affected as an individual switch is added and removed.

When a data frame needs to be transmitted, the switch’s software will calculate which loop is more available, and then the data frame will be sent to that loop. If a stacking cable fails, the switches at both ends of the failed cable will detect the failure and disconnect the affected loop, while the logical switch can still work at a single loop state with a packet throughput rate of 16Gbps. The switches are stacked in a daisy-chain manner. Refer to the following figure for the connection method. 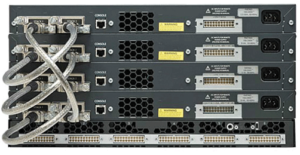 The switches are stacked in a daisy-chain manner

Stacking increases the stability of switch ports and bandwidth.

The core switch is the core and heart of the entire network. If a fatal failure of the core switch occurs, the local network will be paralyzed, which causes inestimable loss. Therefore, when we choose core switches, we often see that some core switches are equipped with functions such as stacking or hot backup.

Using hot backup for core switches is an inevitable choice to improve network reliability. When a core switch cannot work at all, all its functions are taken over by another backup router in the system until the router in question returns to normal. This is the Hot Standby Router Protocol (HSRP).

The condition for realizing HSRP is that there are multiple core switches in the system, and they form a “hot backup group”, which forms a virtual router. At any time, only one router in a group is active, and it forwards data packets. If the active router fails, a backup router will be selected to replace the active one, but the host in the network treats the router as not changed. Therefore, the host remains connected and is not affected by the failure, which better solves the problem of core switch switching.

When the line from an access layer switch to the main core switch fails, it switches to the standby machine.

Scenario one of data link failure

< PreviousWhat is Data Center Interconnection?
Next >How Do Optical Signals Transmit Information?
Scroll to Top