Sort by :Price: Low to High

Introduction of 100G CFP optical module and CFP vs QSFP28

What is the 100G CFP optical module?

CFP is determined by multi-source contract (MSA) to specify the form-factor of the optical transceivers for high-speed electronic indicate transmission. This MSA was mainly designed for 100 Gigabit Ethernet systems and the "C" in "CFP" means the Latin letter C utilized to reveal the number 100. The electric link of a CFP utilizes 10x10 Gbit/s lanes in each instructions (RX, TX). While, the optical link can assistance both 10x10 Gbit/s and 4x25 Gbit/s variations of 100 Gbit/s interconnects.

The CFP MSA is the initially market basic to assistance 40G and 100G Ethernet optical terminals. The dimension of CFP is the biggest among all the 100G CFP optical modules, the CFP2 is one-half the dimension of the CFP, and the CFP4 is one-quarter the dimension of the CFP. It ought to be advised that CFP/CFP2/CFP4 optical components can't be utilized interchangeably, however they can be utilized at the same time in the exact same system. 100G CFP modules provide connection choices for a wide variety of provider transfer, information facility networking, and business core aggregation applications.

1) The 100G CFP is developed based upon the user interface of SFP optical component. CFP has bigger dimension to assistance 100 Gbps information transmission. And it can assistance one 100G indicate, several 40G indicates, OTU4/OTU3 or STM-256/OC-768. 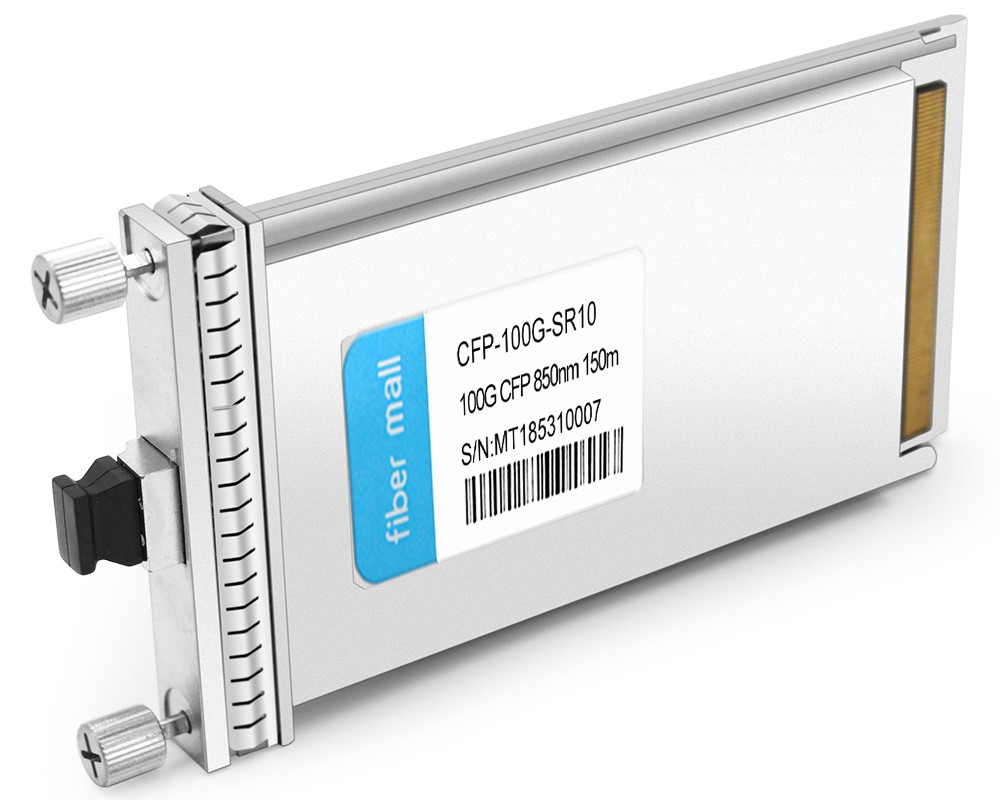 2) The 100G CFP2 is typically utilized as a 100G Ethernet adjoin relate to greater transmission effectiveness compared to CFP optical modules, and its smaller sized dimension makes it appropriate for greater thickness cabling.

As for 100G CFP vs QSFP28, which to use for your network construction? Actually, it depends on two main aspects: the port type of your hardware device and application scenarios. CFP modules have a much larger size than QSFP28 modules. 100G QSFP28 appears to be the mainstream and is mostly used in shorter distances (0-10km) between switches or sometimes in long distances (up to 40/80km) with QSFP28 ER4/ZR4 and single mode fibers. While, although 100G CFP can be used in short distances as well, it is more common in metropolitan area networks (MANs) and long-haul WDM transmissions.